As this is the first actual writeup for a devlog I have done I won't go into detail all the changes to the game the last demo added.

(Project:Solace is a 2D sidescroller with RPG, platformer, and permadeath elements. Currently in development)

I have been struggling with tightening up existing gameplay and elements, juggling new ones, and trimming the unnecessary stuff.  The past couple of weeks the speed of feature development has increased which caused me to take a look holistically and deem what was really necessary to the game.

Originally I had planned on each playable character have a relationship indicator with Sophie.  There were 5 tiers: Broken, Bad, Neutral, Good, Bonded.  If you had a bad relationship then when playing the character you wouldn't be able to gain the benefit of their perk and would gain less experience. The concept was one of the core ones I had imagined when I first started developing.  However through all the iterations it just didn't fit anymore.  With the other changes the relationship juggling seems overcumbersome and took away from other elements in the game.  I do still have a character health status in the game which will still affect the ability to benefit from their perk, but realationships are completely removed. 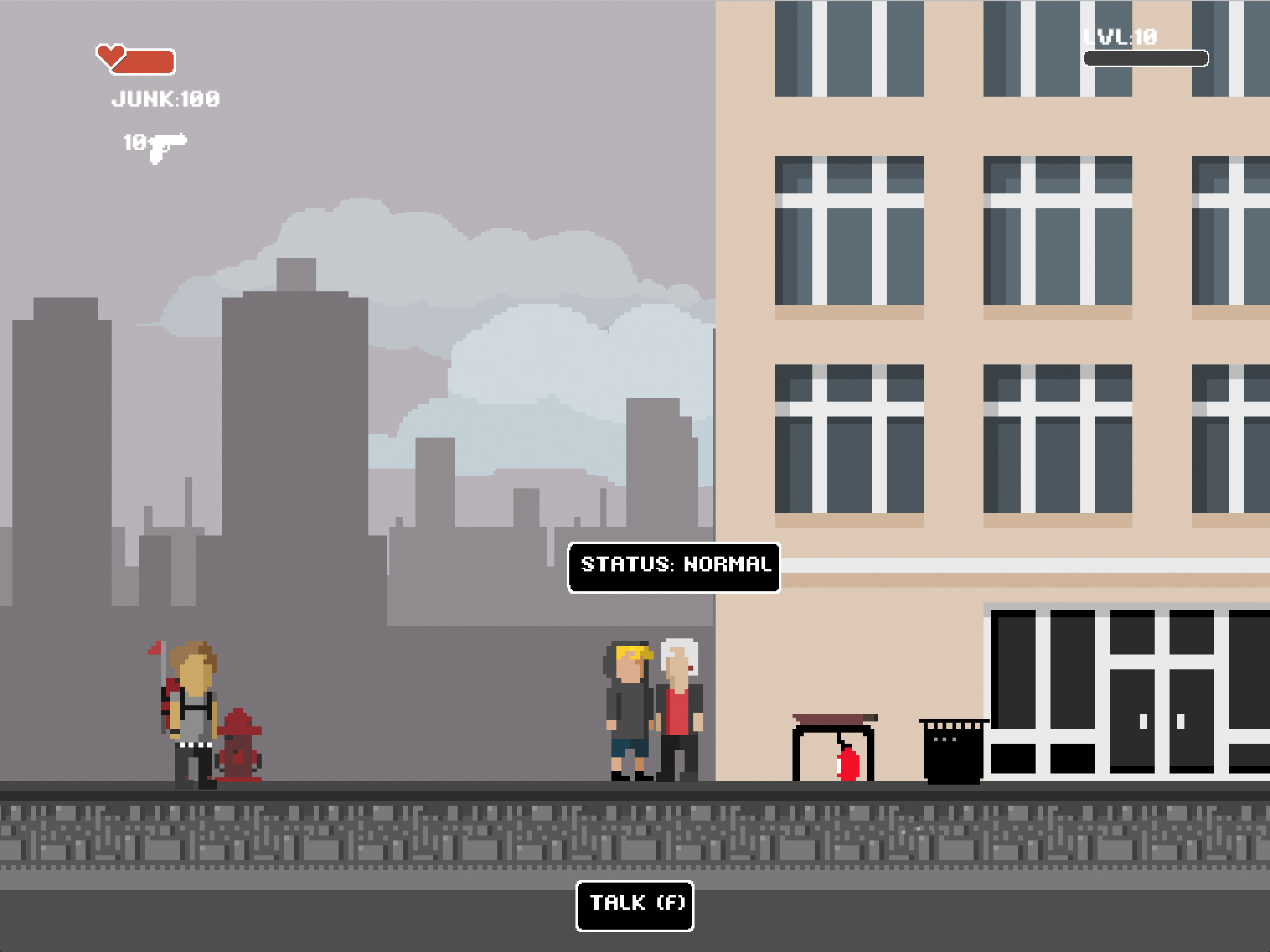 There were already some sidequests in the game but I have broken out a few more and really tightened the presentation.  I have added new sections and ensured anything new is written into your quest log.  Once their is an update to the quest a UI element appears in the top of the screen.

Before I had 3 different weapons planned to use.  Difficulty having all of the sprites to manage plus the removal of a stamina system seemed to make the separate weapons irrelevant.  Instead I have opted to add equippable enhancements into the game.  There are 8 planned currently, each with different effects either offensive or defensive.  This also added another benefit of giving the player additional things to unlock in the game and provide more flexibility to equip depending on the scenario. 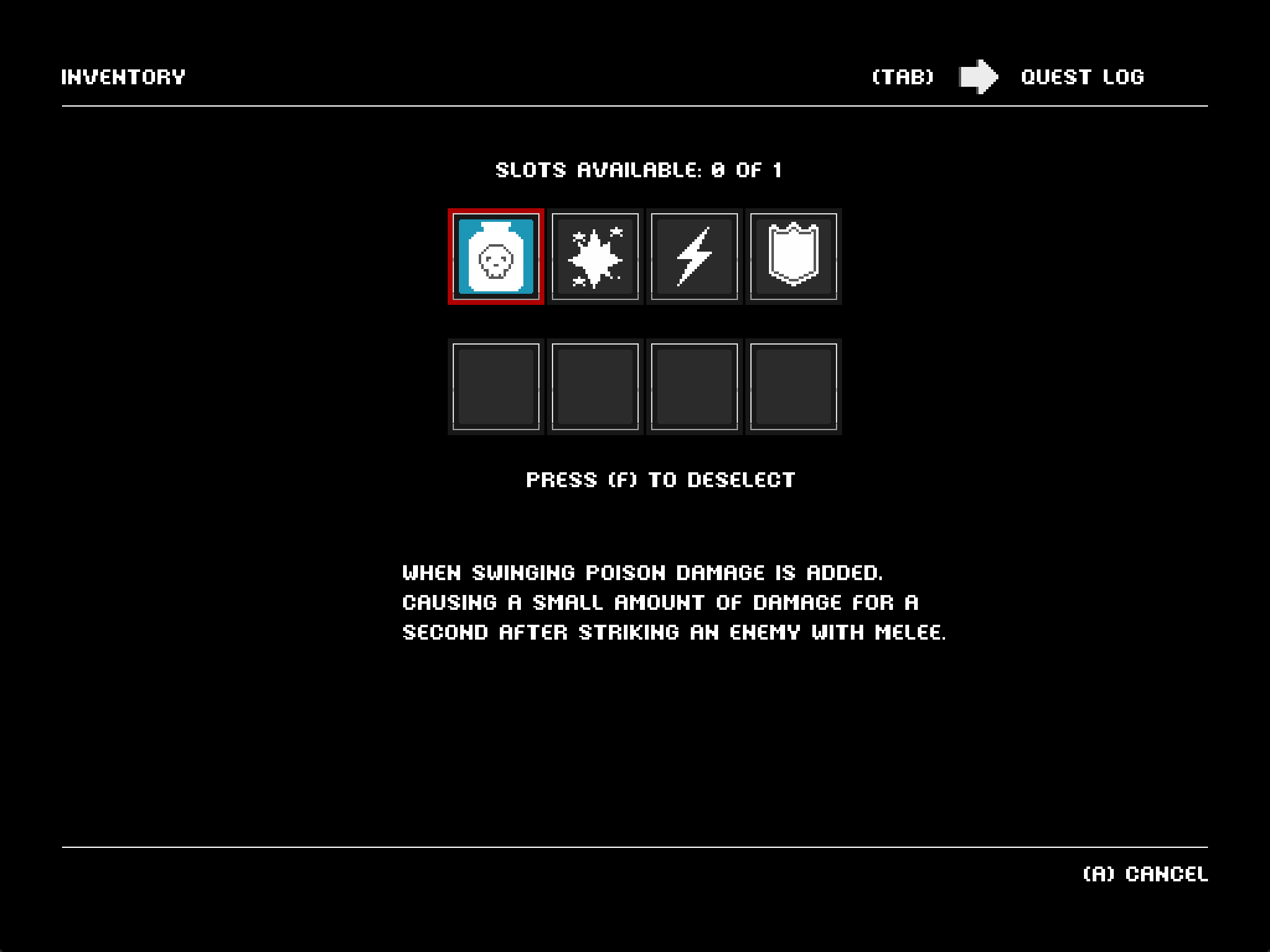 Again with the removal of separate weapons and armor I had to plan for a way to have an upgrade path for your gear.  Right now armor and weapons have 3 upgrades a piece: armor gets additional defense and melee gets additional attack.  Also you can spend upgrade kits to add enhancement slots ( the player starts with just 1 ).  Upgrade kits are provided throughout the world as you progress and can also be found hidden in the world. 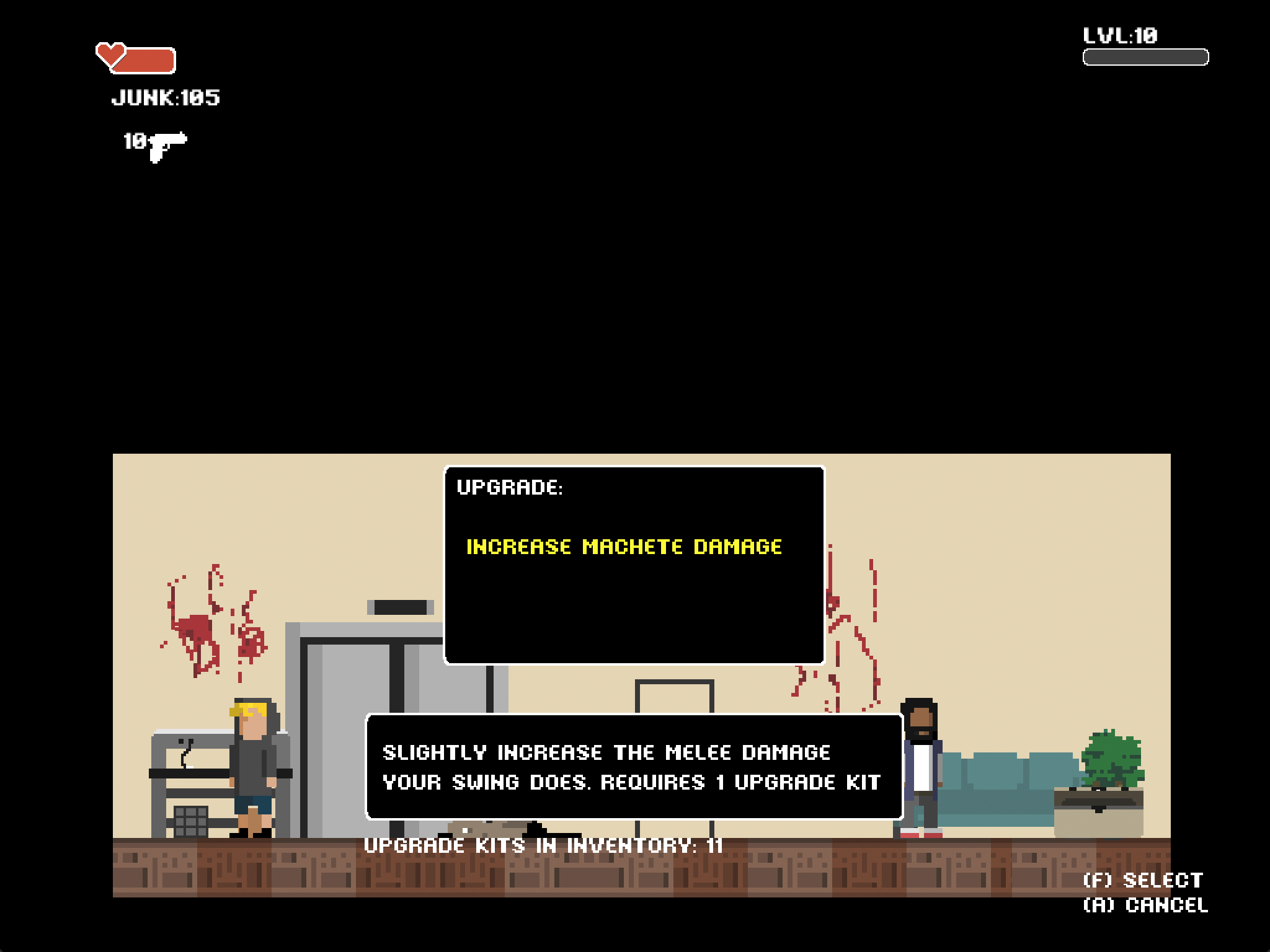 I started off with just a few key items, mainly keycards to unlock secret areas.  Since then I have added gloves (needed to push heavy boxes) and pliers (to open secrets in fences). I also removed a map key item in lieu of just unlocking map points if you find objects in the world that give you coordinates to a point.